Been dormant for a long time, but felt like saying HAPPY THANKSGIVING!

Posted by Garry Jenkins at 6:57 AM No comments:

The Man in the Mirror

Posted by Garry Jenkins at 10:02 PM No comments:

So Dan Cathy said some not so controversial things about marriage, which were then spread as anti-gay marriage comments, which caused gay progressives to get all kinds of worked up, and a few idiot public officials in backwards places like Boston and Chicago said they would block new Chic-fil-a's from opening, so a bunch of freedom loving folks went to Chic-fil-a to show support, which gave a bunch of gay idiots the idea to protest Chic-fil-a by kissing. Whew!

These are interesting times we live in, with big important matters that need our attention. This is not one of them. This is.

Posted by Garry Jenkins at 12:30 AM No comments:

Michael Linden Blogs Things That Some People Would Call Lies

(I apologize if this is old news, but it certainly intrigued me)

Here are some...untruths(?) that Michael Linden is pushing here:

"Federal spending is lower now than it was when President Obama took office. I’ll pause to let you absorb the news."

"Here’s another interesting fact. Taxes today are lower than they were on inauguration day 2009."

"One last nugget. The deficit this year is going to be lower than what it was on the day President Obama took office."

He even has a pretty chart to illustrate this nonsense:

Here is the data from the Whitehouse website. Let's take them one by one.

"Taxes today are lower"... close, but not quite.

"The deficit this year is going to be lower"...bullshit. Or horseshit. Ah to hell with it that is a LIE.

The annual deficit, that is, the result of spending more than the revenues you take in for one year, was approximately 458 billion dollars in 2008. Almost half of a trillion dollars. But not quite 1.3 trillion dollars, which is the estimate for 2012.

"The fact is that Obama inherited a disaster of a federal budget. Eight years prior, when President George W. Bush took the oath of office, there was a $281 billion surplus. By the time Obama was sworn in, he was facing a $1.2 trillion deficit."

George W. Bush was certainly a spender. But Obama makes him look like an amateur. It took Bush 8 years to add 1.481 trillion dollars to the federal deficit (per Linden's numbers). Obama's lowest annual deficit was just over 1.293 trillion dollars per the Whitehouse's data. He's been president for over four years now. Imagine if he gets eight.

Based on the above can we say Michael Linden is a liar? I searched for that phrase in google prior to writing this post and did not find it. Hopefully, someone will now. We need more honesty in this debate. These true numbers need to be presented and debated ruthlessly. Romney may be the biggest son of a bitch in the history of assholes, but he has not increased our federal deficit by $4,000,000,000,000 like Obama the Profligate.

*He does say it later. Weasel.

Posted by Garry Jenkins at 11:11 PM No comments:

Posted by Garry Jenkins at 8:57 PM No comments:

Posted by Paul Mitchell at 11:00 PM No comments:

Posted by Garry Jenkins at 10:06 PM No comments:

Posted by Garry Jenkins at 9:46 PM No comments: 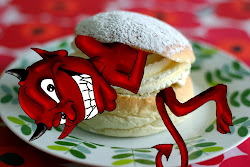